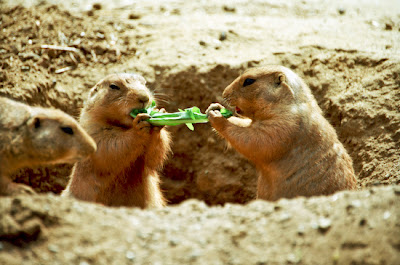 "You shouldn't have ordered the eggs" she said, "the doctor says your cholesterol is already too high and they'll be dripping in oil"
"But I like huevos rancheros" he said.
"They're bad for your health."
The man said nothing. His gaze, benign and unruffled, settled gently on the space just behind her (his wife, I had no doubt) left shoulder.
"I'm having the gazpacho" she said, with a touch of defiance.
"And I'm sure it will be delicious" he replied.

The food arrived quickly: her thin, pale soup decorated with five carefully placed croutons and his two golden-yolked, fried eggs covered with thick, oregano-scented, tomato sauce.
"How are your eggs?" she asked solicitously.
"Delicious" he said, smacking his lips "how is your soup?"
"It's special" she said, "I think it has peach in it"
"Mmmm"

They ate, he silent and focused, whilst she kept up a more-or-less continuous stream of chatter about the office, the street, their plans for the weekend. Then the woman broke off a small piece of bread, and casually, without pausing her conversation she reached over, broke one of the yolks and dipped her bread into it. He paused, his fork suspended just above her wrist, but said nothing. She dipped again and informed him that María-from-work has a new boyfriend.
"You have something on your chin" he said. There was a drip of egg yolk.
"Oh my goodness" she said, quickly covering half her face with her napkin, "how long has that been there? Why didn't you say something?" she wiped her face thoroughly and grumbled gently as they both continued to eat. She, delicately sipping her soup and reaching across now and then, to dip her bread and he, slowly but with relish, only pausing to watch her hand, each time it advanced and retreated.

He stopped eating, looked directly at her and pointedly rubbed his chin. She grabbed her napkin once more and thoroughly rubbed at her face.
"It's all right for you" she said "your back's to the room"
"What?"
"I look ridiculous!"
"Do you?"
"With egg all over my face!"
"There's nothing on your face"
"You rubbed your chin!"
"What? Did I?"
"You know you did! You told me I had something on my chin"
"I may have rubbed my chin. So what?"
"You rubbed your chin!"
"So?"
"If that was a joke, it wasn't funny." She sulkily helped herself to a small piece of egg.
"Can I try your soup?"
"Of course…" he leant across, borrowed her spoon and took a generous spoonful.
"You took a crouton!" she said.
"You said I could try your soup! It comes with croutons!"
"Yes, but not enough…"
"Shall I ask the girl for more?"
"No, they're too fattening"
"Then it is good that you have one less to eat."
They glowered mutually and she dipped a small piece of bread into the tomato sauce.

He also tore off a piece of bread and wiped it in the sauce, she recommenced her chatter and he listened carefully. Then she took the last piece of bread and dipped…
"Of course I told her that wouldn't work, but she wouldn't listen to me… what?"
"You have something on your chin – sauce I think"
(There was nothing on her chin)
She glared at him and considered the situation. He met her gaze calmly.
"Stop it" she said.
He shrugged.
She quickly wiped her face with her napkin and looked around her to see if the congregation of the crowded café was smirking at her behind their hands, as she clearly believed them to be. They weren't. Or maybe they were just being extra subtle about it.

The waitress came and cleared the dishes.
"What did you order next?" she asked.
"The pork."
"Oh, me too" she said, somewhat crestfallen.
Personally, I thought it was for the best.


*Translated from the Spanish… and possibly embellished a little.

Glad you're back writing Jane!

I do love your writing, Jane! (Juliette) x