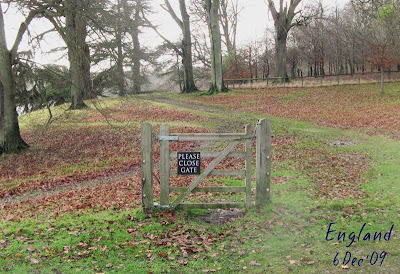 Alright! Everybody stop panicking! Relax, rest easy and call off the search parties – oh, you already have. That’s nice. Well you will be relieved to hear, none-the-less, that I am not dead; I have not joined M16 and disappeared into a dark, sticky world of subterfuge and superfudge; I have not sunk into a well of depression and resentment against the world and life in general... oh hang-on! Actually, I have been doing a bit of that.

Since returning to the UK I have been mostly unemployed. Yes, unemployed. Not idling, with is healthy; not lounging, which is delicious; not glorying in an existence unrestricted by the conventions of nine-to-five and pension schemes, which is everything a perfect life should be – oh no – I am just unemployed. As Jerome K Jerome (a role model of mine) pointed out –

“It is impossible to enjoy idling thoroughly unless one has plenty of work to do. Idleness, like kisses, to be sweet must be stolen.”

Being unemployed is pointless and no fun at all. Hence the lack of blog – basically, for the last four months, I have had nothing to say.

Dec to Apr & what I thought of it

December: Still had my tan and the entire trauma of home invasion rattling around in my head. Was ill and didn’t sleep (with the exception of 25-26th of December – both sleeps being booze induced). Mostly wandered around being startled and checking all the doors were locked, repeatedly. Attended Christmas.

January: Glared at the snow. Started job-hunting in a lackadaisical and unfocused manner. During my previous incursions to the UK I have secured work within a few weeks – I assumed it would be the same this time, so I actually wasn’t in too much of a hurry. My first batch of applications met with complete and thunderous silence.

February: Started seeing a Counsellor – she told me I was depressed and needed to take anti-depressants. I insisted I was not depressed, just a bit fed-up and exhausted because I hadn’t slept properly since July. Realised, as I said it, how foolish this sounded. Continued, more earnest applications were met with continued resonating rejection.

March: Diligent and enthusiastic job-hunting: a revised CV and a fancy new portfolio. My first interview! I hated them. Sleeping better, putting on weight, feel like the lights (inside and out) are coming back on. It’s sunny! Slight tan returning. Decide to rethink my plan – maybe I won’t become vampire (sanguinarian, obviously, otherwise what’s the point) after all. Decide to become a T-Shirt designer instead (more on that coming soon – bate your breath people).

April: Some interviews, more rejections, but feeling more positive about the whole business. Still unemployed, very broke. But I am sleeping and no longer feel compelled to check that the house is secured every half-hour. It occurs to me that I used to write a blog...

Very intrigued about your t-shirt design business. Do tell.

For a while there, I thought you went back to the UK, wrote a book, and sold your story for millions of pounds....or sterlings...or silver pieces...or whatever y'all use. Glad to hear you're alive, missed your blog, chin up.

P.S. - I can get cheap t-shirts and printing done in China...fyi.

Good to have you back. It's unsurprising that the break-in had such a traumatic impact on you (you would not have been normal for it not to), but I am glad you are starting to deal with it now. Enjoy, if you can, some idling and lounging before you get inundated with job offers as you surely will be: a woman of your energy, talent and intelligence will be snapped up in no time.

Awwwww shucks! Thanks everyone! xx

Hi…welcome back to the ether
We missed you!
I know it is extremely hard to build and rebuild. It takes time, patience, and plenty of resilience! And oh boy the dealings with job search, interviews, and rejections is a whole different beast! Don’t take it personal. Pull on your yoga strength and stay centered. You are still probably in culture shock – so it ain’t depression! You’ve been gone from your home for a while and yes to reintegrate, as weird as it may sound it is true that we first have to get over a ‘culture shock’ upon return. I believe you will find what you are looking for and rebuild and write to us about it. As I’m writing this the sunshine flooded the keyboard! I hope you find comfort in the words below by Deanna Beisser I’m not sure if I posted them here before but if so another read won’t hurt:-)

“Life makes no guarantees
as to what you’ll have.
It just gives you time to make choices
And to take chances
And to discover whatever secrets
Might come your way.”


All Things Come in Time…

It is a wise man who allows his time to come to him
As he is working towards his dreams.
Getting up each morning,
We all have opportunities
To direct some aspects of our lives.
When we promote ourselves in a positive way
And keep our attitudes towards changes hopeful,
We enable ourselves to reach
Whatever dreams we are pursuing.
Life has a fascinating way
Of entertaining us the best
When we are entertaining ourselves
With our heart’s desires.
Our day-to-day experiences are truly ours alone,
So concentrate on the things that make you
feel good about yourself
And don’t worry about time,
Because one of these days…
It will be your time to shine!